My Heart Led Me South

My Heart Led Me South from Chocolat Negro on Vimeo.

Posted by Chocolat negro at 7:12 AM 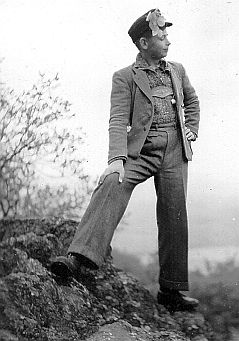 The Life of Juergen Schlichting

Juergen Schlichting was born in 1936 in Koblenz ,Germany. He spent his childhood in the beautiful town of Worms situated on the river Rhine. With his parents he experienced the cruelty, hunger and desperation of a war-torn Europe during the second World War. While Germany was slowly bleed out from the many battle wounds the country itself had towards the end of the war, the things he saw and heard during those years as a "war-child " left a deep impression on his mind and influenced his attitude and values towards life and the world. He became an absolute positivist seeking beauty, the divine and goodness in the world and the people around him.
In his teen years Juergen discovered his passion for science, biology and chemistry.
Nature became his spiritual guide.
He took and developed his first images of microscopic tests which he conducted with living water fleas when he was fourteen.
At the age of 26 he completed a PHd in chemistry and started his research at the University Friedriciana in Karlsruhe. His work and research which culminated in a successful carrier led him to many continents and many countries all over the world.
It was during this time that he met the love of his life, Renate, a young teacher who lived with him until his death. Hundreds of images of Renate exist and represent a collection of their own.
Renate's niece moved in with the couple and the relationship between Juergen and the child grew into a father-daughter bond. He had found a more than willing disciple in the girl to whom he could pass on his photographic skills and ideas.
When his niece was six years old Juergen handed over to the girl his first Camera, an old Leica, as well as his dark room equipment. Perhaps he had a premonition that it would be she who would become the curator of his work so many decades later.
At the age of 44 he was diagnosed with a malignant tumor in his lungs. He fought a two year long battle with cancer but he never stopped working and taking images up to his last days.
His photographic work is comprised of tens of thousands of images on film and slides as well as 8mm film rolls. These images are valuable testimonials of a time gone by displayed with an incredible artistic quality and sensuality.
A deeply spiritual man with a strong connection to nature he documented all his travels demonstrating an eternal love of life and a genuine belief in the good of mankind.
He wrote 26 books of poems of which none has been published yet. 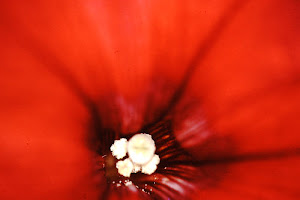 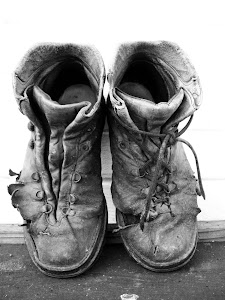 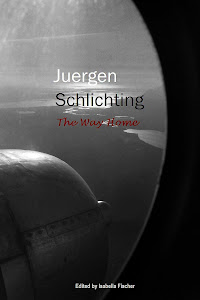 The Way Home - Der Weg Nach Hause will be available in March 2013 on Amazon.com.

Juergen Schlichting - The Way Home - Der Weg Nach Hause by Chocolat Negro is licensed under a Creative Commons Attribution-NoDerivs 3.0 Unported License.
Based on a work at juergenschlichting.blogspot.com.